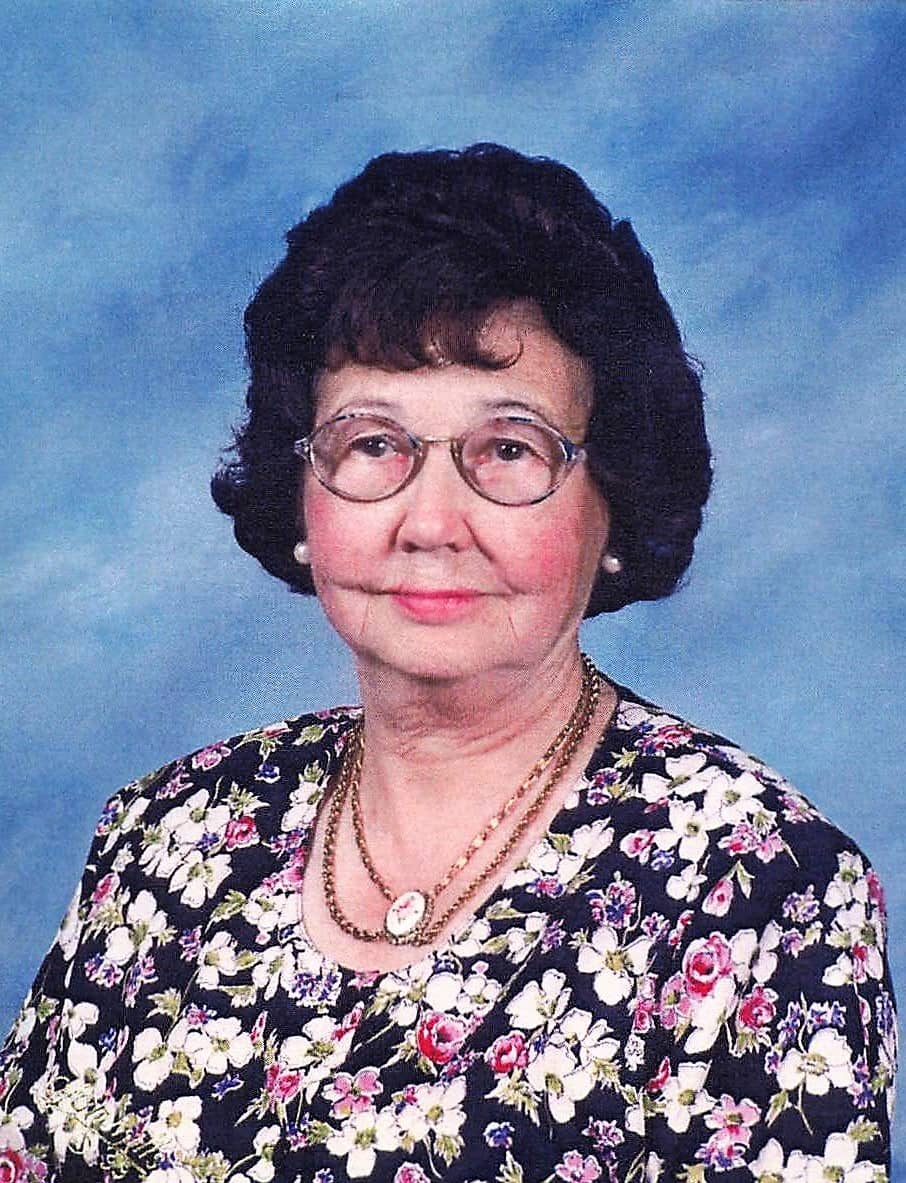 Bernice Eleanor Peel, 99, of McPherson, KS, passed away on Tuesday, August 3, 2021.  She was the youngest of two children born April 18, 1922, to the late Albert and Gunda (Anderson) Peel of rural Lindsborg, KS.  Also preceded her in death were her sister, Madeline Keenan of Lindsborg, KS, grandparents, Christian and Lena (Peterson) Peel of New Gottland, KS, who were immigrants from Denmark, and grandparents, John and Sofia (Karlson) Anderson of rural Lindsborg, KS who were immigrants from Sweden.

Bernice was baptized March 9, 1929, and confirmed in 1937 by Dr. Alfred Bergin, Pastor of Bethany Lutheran Church, Lindsborg.  She has remained a member since that time.

While in her youth, she was elected Secretary/Treasurer of Friendly Valley 4-H Club.  As a member, Bernice made a vanity with drawers and doors from free orange crates.  This was during the Great Depression in 1936.

Upon graduation from Lindsborg High School in 1940, Bernice attended Brown Mackie School of Business.  Soon she became secretary, cashie, and bookkeeper of the large Brown McDonald store in McPherson, KS.  She worked there six days (48 hours) a week and loved it.  She was a member of the Business and Professional Women’s Club in McPherson.  She also worked at Bay Petroleum Refinery in McPherson and Denver, CO where she was secretary to the superintendent.  Bernice moved to San Francisco, CA, because her sister was there.  She became secretary to the assistant manager at the home office of Aetna Insurance Co. for five years.  While riding the bus back and forth to work, she crocheted squares for an Afghan.  When leaving San Francisco, she stopped to see a friend in Sacramento.  She stayed and worked as secretary in the McClatchy Newspaper business for a short time.  Bernice went home to Kansas and vacationed with her parents.  Afterwards, she visited a friend in Kansas City, MO and found a job there with Warner Bros. Distributing Company for several years.  This company distributed films to theatres in Kansas and Missouri.  Bernice enjoyed very much being Secretary/Treasurer.  She learned new business, made new friends, and had a wonderful life.  She returned to McPherson to retire.  Bernice was a member of the McPherson Historical Society, McPherson Senior Center, and Mid Kansas Co-op of Lindsborg.

Bernice suffered from severe sciatic nerve pain during several years of her retirement, but maintained care of herself in her home with the help of friends.  She enjoyed sitting on her front porch watching the birds fly and squirrels gather their food.  Her cat “Blackie” was always by her side.

The funeral service will be held at 10:30 a.m, Saturday, August 7, 2021, at Bethany Lutheran Church, Lindsborg, KS.  The family will receive friends from 9:30 a.m. until service time on Saturday at the church.  Burial will follow at Elmwood Cemetery, Lindsborg.

Memorial donations may be given to Bethany Lutheran Church in care of Stockham Family Funeral Home, 205 North Chestnut, McPherson, KS 67460.  Personal condolences may be sent to the family at www.stockhamfamily.com.