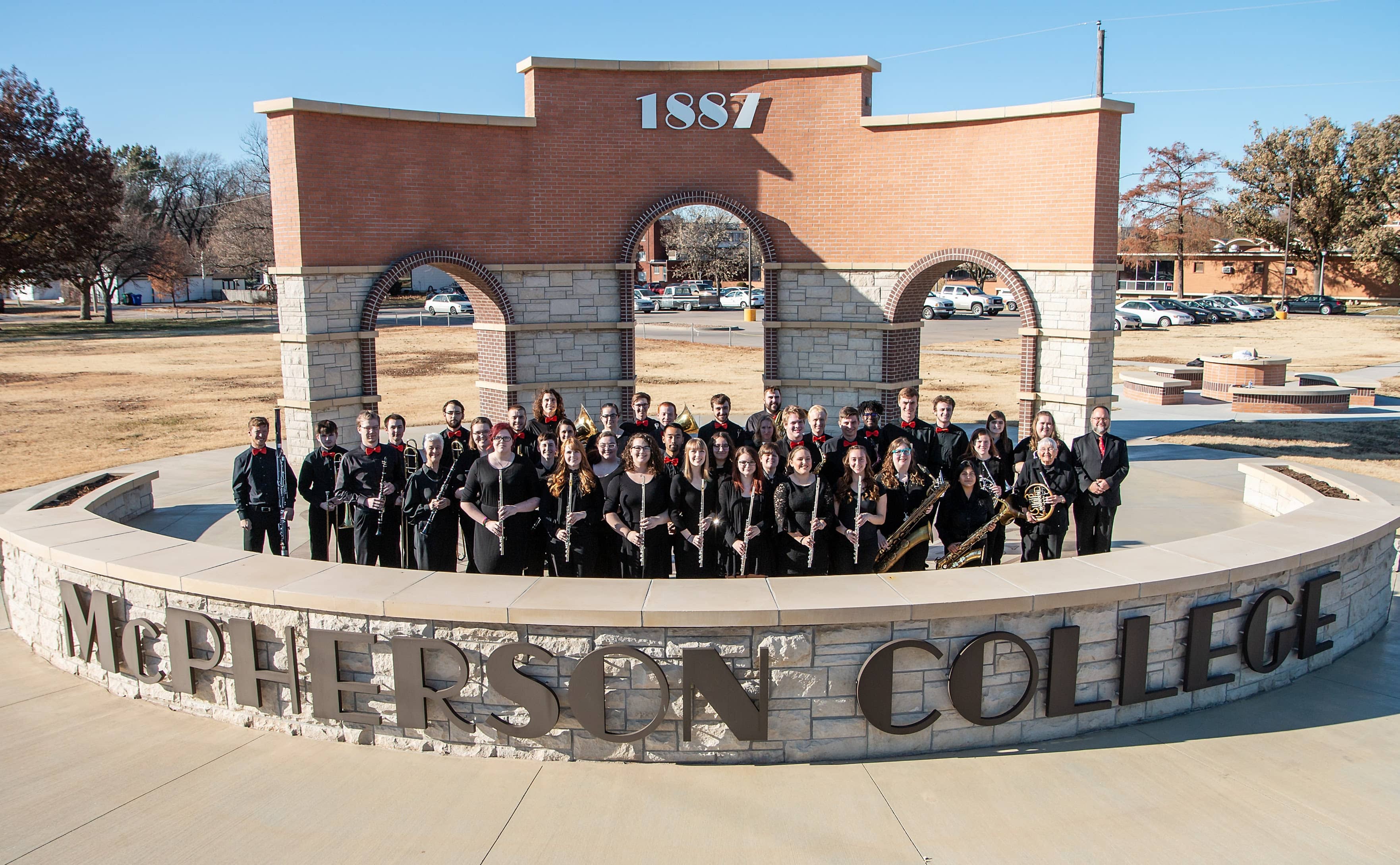 In the world of college bands in Kansas, an invitation to play at the Kansas Music Educators Association’s (KMEA) state convention is the highest honor and a milestone accomplishment. At the next statewide convention in February, McPherson College will have two bands performing.

Both the MC Concert Band and the MC Jazz Band were selected to perform at the music convention on February 25-26 at Century II in Wichita. This will be the third time in the past five years that the concert band has been selected and the first time for the jazz band.

Bands are selected to perform through a “blind” audition process and no ensemble can be selected in consecutive years. This year, McPherson College will be the only private college or university concert band or jazz band to perform among bands from much larger state schools, according to Kyle Hopkins, McPherson College director of bands and associate professor of music.

Hopkins said that despite the necessary precautions taken last year due to the pandemic, senior band members helped create a positive atmosphere that enabled the entire band to make progress musically.

“I give a great deal of credit to the band leadership who, despite all the challenges of last year, set a foundation for our band to achieve this remarkable accomplishment,” he said.

The MC band program consists of 40 students from many academic programs and features a variety of ensembles including the concert and jazz bands, a tailgate band and drum line, and a steel drum ensemble. The band’s first public concert this academic year is on November 14 at 4 p.m. in Brown Auditorium. The tailgate band and drum line will perform at the Homecoming tailgate and football game on October 2.